Charles Gregory is an innovative fashion stylist & Image Consultant based in
Philadelphia, PA. who holds both a BA., and MA. from Temple University.
You can see his work worn by business professionals and notable professional
athletes, celebrities, and High profile clients like comedian David Chapelle. His
portfolio ranges from fashion editorials to billboard advertisements, red carpets, &amp;
music videos. He has styled for Grammy Award nominee Raheem Devaughn &amp; the
Depue Brothers, Grammy Award producer/composer Brian–Michael Cox,
writer/actor Hill Harper, dignitaries such as Kevin Powell and Philadelphia’s soul
duo “Kindred the Family Soul,” in which he managed their brand as an image coach
and wardrobe specialist. Some of his most Notable work was recognized
internationally after a national Magazine cover-spread went public Featuring Nik
Pace, Cycle 5 of Americas Next Top Model when Famed Photographer Piper Carter
quoted about Charles, &quot;… Yea you really made her iconic.”


Charles Gregory has done work for television on the reality TV show entitled,
“Makin It Philly Reality” and We Talk Weekly.  He also donned the title as Fashion
Director and Fashion Writer when working for “Avenue Report Magazine;” a men’s
fashion and lifestyle publication targeting men of color with discriminating taste.
Charles Gregory chic styles have appeared on the runways of Philadelphia Fashion
Week, New York Fashion Week, Temple University Hair and Fashion Show in which
he played a major role in the overall production to secure over 6500 attendees that
landed him a position to host P. Diddy’s Citizen Change “Vote or Die” campaign in
Philadelphia where he received his first major Celebrity client in Mr. Combs.

Recently, he earned a new Title as a Costume designer after being contracted for
the feature film “Bed Ridden”, a comedy starring Comedian EarthQuake, &amp; Donell
Rawlings. Charles Gregory holds a certification in Etiquette &amp; Interior design
training under Kristine Robinson of Robinson interiors Charles Gregory has a
unique blend of style that mixes vintage accents with versatile sophistication that
keeps his clientele on the cutting edge of fashion. He contributes his success to
being a “learned visionary” that is passionate about fashion, image, and branding. 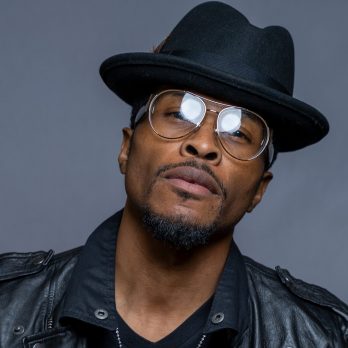 Join 100+ Amazing Entrepreneurs who took the risk and succeeded!

Here is your chance to be part of the exclusive Empower Group!